The beginnings of The Search for Immortality

James Lin in the galleries of The Search for Immortality

As a specialist on jade in the Han dynasty, I had always wanted to do an exhibition on the royal tombs of the Han era.  Simply put, they contain the best preserved and greatest variety of royal antiquities that have been found in China to date.  Of everything that has been recorded or found they provide a greatest insight into daily life in Chinese courtly circles over 2000 years ago, and show the very beginnings of modern China.

My one question was how great an interest would there be for Chinese antiquities in the UK?

The answer came when I was asked by the British Museum to contribute a catalogue essay for their First Emperor exhibition in 2007.  I followed the exhibition closely and was amazed to see how many people in Britain were genuinely interested in these artefacts from early China.

The dynasty of the first Emperor unified China but only lasted 15 years.  Equally the tomb of the first Emperor hasn’t been opened and probably never will.  The Han period that followed lasted 400 years and founded all the cultural traditions that make China what it is today.  A wealth of Han tombs have been uncovered and there is more exotic material culture available from this period.  The history of the unification of China is one of my specialities and seeing that there was an interest for this work gave me the opportunity to continue the story on China’s genesis that started at the British Museum. 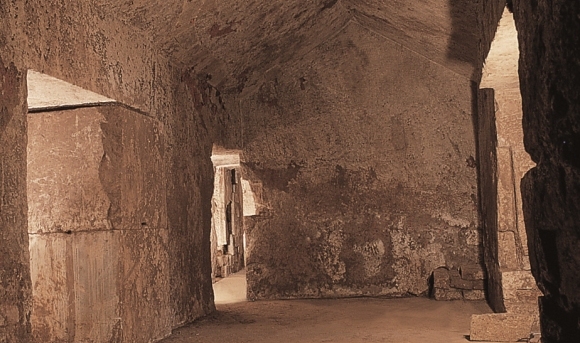 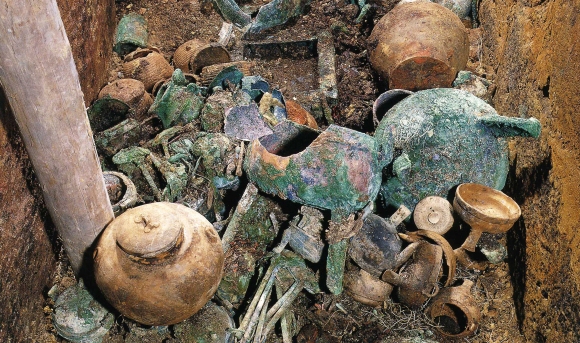 An excavation at the Nanyue tomb

Fortunately when our new Director Timothy Potts came to the Fitzwilliam in 2008, one of the first questions he asked me was what new exhibitions from China we could host.  He was greatly interested by my suggestion of Han Dynasty artefacts and we both went out to visit my suggested partner museum, Xuzhou, in 2009.

Our next big break was in 2010, when our Deputy Director Margaret Greeves got involved with an international programme that arranges curator and exhibition exchanges between the UK and China.  She found out that the Nanyue museum in Guangzhou might be interested in a UK exhibition.

I had never before thought of comparing the independent kingdom of Nanyue with the Han Empire.  However, the suggestion made perfect sense; this told a much more exciting story about the genesis of China and the rivalries within the Empire.  Most importantly, it would be the first time ever that this comparison had ever been made between these two opposed kingdoms.

By 2010 both Museums had agreed to collaborate on what would be one of the largest exhibitions of ancient Chinese royal treasures ever to venture internationally.  This was equally just as exciting an opportunity for our Chinese colleagues, as this would also be the first time their objects would be featured en mass in a major exhibition in the UK.

Next week James writes on the process of getting the artefacts to the UK.