Food sacrifices linking to the dead in Han tombs

One of the most astounding features of The Search for Immortality is the many exhibits relating to food, including food utensils, drinking vessels and even a pot with the bones of a cooking bird.

As part of the exhibition Professor Roel Sterckx gave a talk on food, politics and religion in Han China.  Here he talks about the importance and symbolism of food in the Han tombs, and why food would be buried in the tombs for the dead.

My involvement with The Search for Immortality has been in examining why objects were buried in the Han tombs, in particular what the meanings were for objects related to food, such as ladles, vessels, pots, platters and so on.

The offering of sacrifice to the ancestors was one of the main ways in which the living community maintained a bond with the departed and those who were buried in the tombs.  Food was an important mechanism for creating a link between the living and the dead in Han Dynasty culture.

One of the main ways in which food was used was as an offering to ancestral and other spirits.  Several interesting ideas lie behind this whole culture of food sacrifice.

The first idea was that the dead needed to be catered for in the afterlife.  To appease the spirits of the departed you had to keep them happy, and a way of doing this was to keep them well fed so that they would leave you alone.

A second idea was that by offering food sacrifices you could keep a sensory memory and sensory bond with those people buried in the tomb.

A third idea was of the symbolisms associated with the manipulation of food and food objects in funerary culture.  Many of these sacrificial offerings were meant to be metaphors or images for all sorts of moral values.  One in particular was the use of a sacrificial offering known as a stew, or ‘geng’ in Chinese.  This was a soup consisting of all sorts of ingredients, but a very special soup as it had to be very harmoniously put together with no individual ingredient overpowering the other.  It symbolised harmony and represented that everything was peaceful.

Another interesting belief was that flavour could be manipulated to reach spirits that were at a distance or far away from you. If you wanted to reach the spirits who had passed away in recent generations then food offerings would contain relatively more flavour.

The further back you go in time, and the further your memory of your ancestors had to stretch, the less flavour you had in the offerings.   It was almost as if flavour and memory were each others counterparts.  Many of the ritual texts of the period suggest that the highest forms of sacrifice were those that were flavourless and insipid.  Water is referred to as the ultimate sacrificial ale or wine because it is plain. You could not offend any spirit with it and it is also the ingredient in which you could blend all other types of flavours or fragrances.

What is exciting about this exhibition is that it shows the continuum between the living and the dead. The tomb structures reflected all the arrangements of the palaces of the living kings.  So it is not just exciting to see the wonderful jade suits in the exhibition, which are the high end of luxury, or the many items for banqueting, but that we also see mundane items such as the lavatory.  This suggests that catering for all the bodily functions of the spirits was perpetuated in the tomb, not just before the banquet, but after it as well. 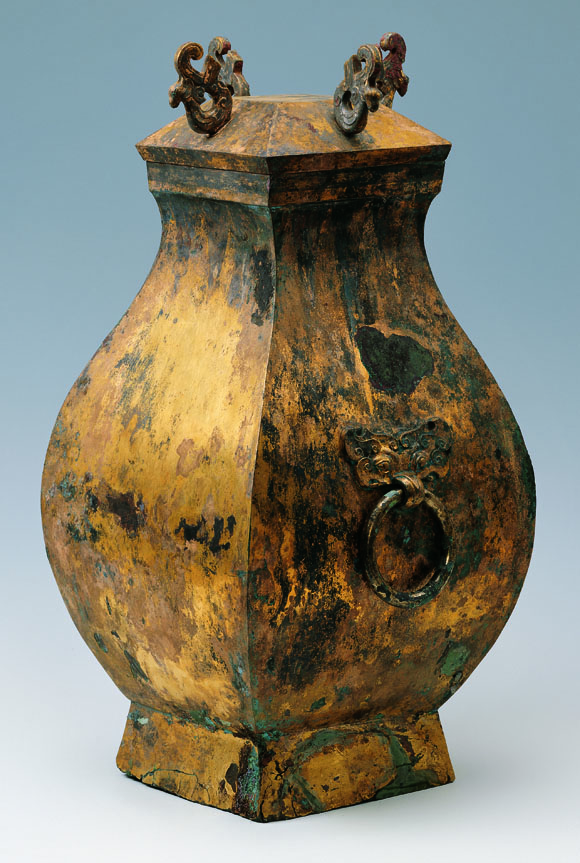